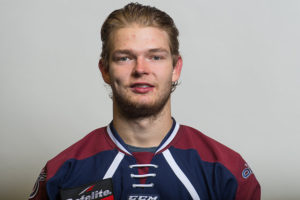 Johnston, 25, appeared in four games and registered one assist for Tulsa to begin the season. He did not play Saturday or Sunday against the Allen Americans. The Admirals will be Johnston’s eighth ECHL team in five years, after previously playing for Colorado, Evansville, Idaho, Wichita, Alaska, Cincinnati and Tulsa.

Coming off of three straight wins over the weekend, the Oilers return home to host the Utah Grizzlies on Friday and Saturday at 7:05pm on the York Plumbing Ice at the BOK Center. Tickets are available by visiting www.tulsaoilers.com or calling 918-632-7825.