Tulsa scores twice in the third period to gain a point in the playoff race, but falls to Wichita in the skills competition.

WICHITA, KS – The Tulsa Oilers clawed back from two third period deficits to earn a point in the standings, but the Wichita Thunder came away victorious 3-2 in a shootout Saturday at Intrust Bank Arena. 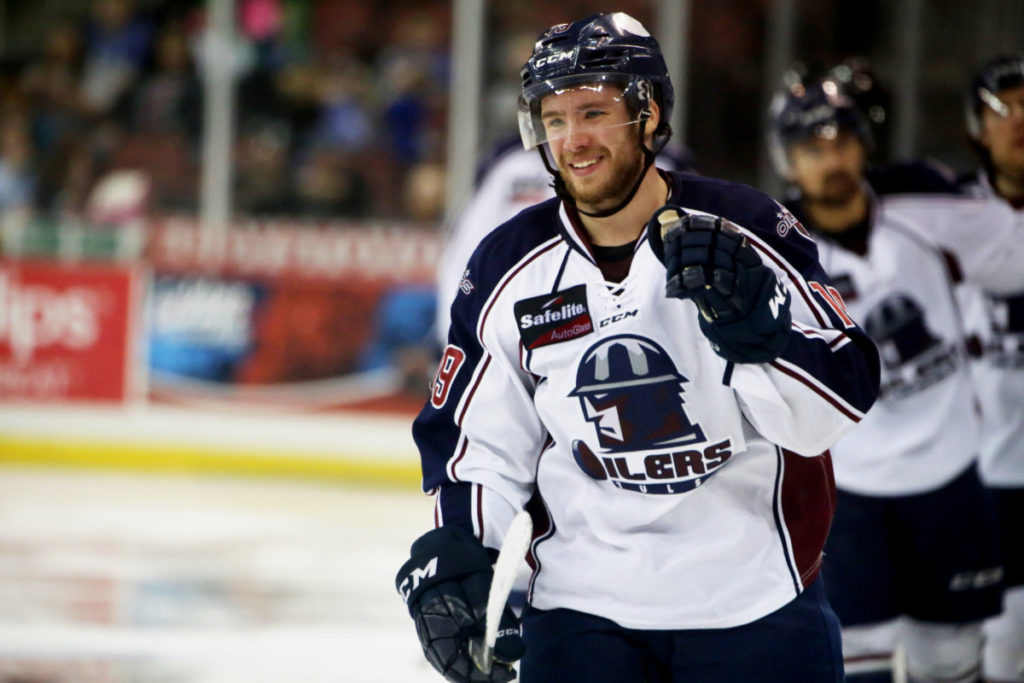 Wichita broke the scoreless tie late in the first period, when Gabriel Gagne fired a shot from the left point through a screen during a five-minute Thunder power play. The Oilers held an 11-10 shots advantage, but trailed 1-0 after one.

The Oilers outshot the Thunder 14-10 in the middle frame, but the 1-0 score held through 40 minutes, as Wichita goaltender Drew Owsley carried a 25-save shutout into the third period.

Tulsa rookie Dylan Hubbs scored his first professional goal 53 seconds into the final stanza on an Oilers power play to tie the game at 1-1. Matt DeBlouw gave the Thunder their second lead with just 3:56 remaining in regulation, but Dennis Brown forced overtime with a shot from the point one minute after DeBlouw’s goal.

In overtime, Owsley stopped all six Oilers’ shots, most of which were on an extended 4-on-3 power play, leading Wichita into a shootout, where he stopped all three Tulsa attempts. Gagne snuck the only goal past Tulsa goalie Colin Stevens for the Thunder in the 1-0 shootout win.

UP NEXT: Tulsa heads to Independence, MO for a matchup with the Missouri Mavericks Sunday at 4:05pm to complete the three-game weekend. Catch the action on www.tulsaoilers.com, “Listen LIVE”, or on ECHL.TV (away audio), with coverage starting at 3:50.