TESINK AND McKEE RETURN TO TULSA 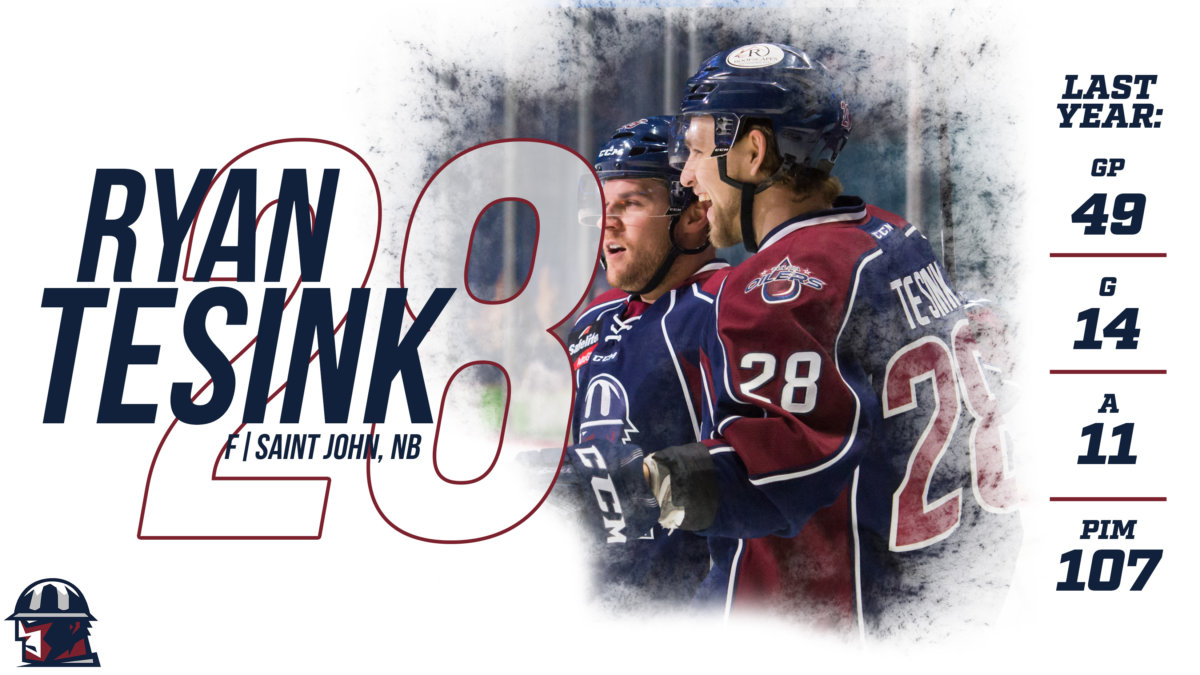 Tesink, 25, joined the Oilers last December in a trade from the Rapid City Rush. The Saint John, New Brunswick native posted career highs with 14 goals and 24 points (14g, 10a) in just 46 games with the Oilers. He also tallied an assist in three games for the Rush early in the season. Tesink has totaled 86 points (32g, 54a) and 366 penalty minutes in 218 ECHL games with Tulsa, Rapid City, Wichita, Alaska and Quad City.

“Ryan and I have a great relationship from my days in Alaska,” said Murray. “I thought he played really well when he came to Tulsa last year and I’m excited to have him back. He’s strong in the defensive zone, can also make things happen offensively, and is very good at winning face-offs.”

After leading his hometown Saint John Sea Dogs to the Memorial Cup Championship In 2010-11, Tesink was selected in the sixth round of the 2011 NHL Entry Draft by the St. Louis Blues. His Sea Dogs went on to a second consecutive Quebec Major Junior Hockey League (QMJHL) title the following season and another Memorial Cup appearance.

“I’m very excited to come back to Tulsa and do everything I can to help the team get back to the playoffs,” said Tesink. 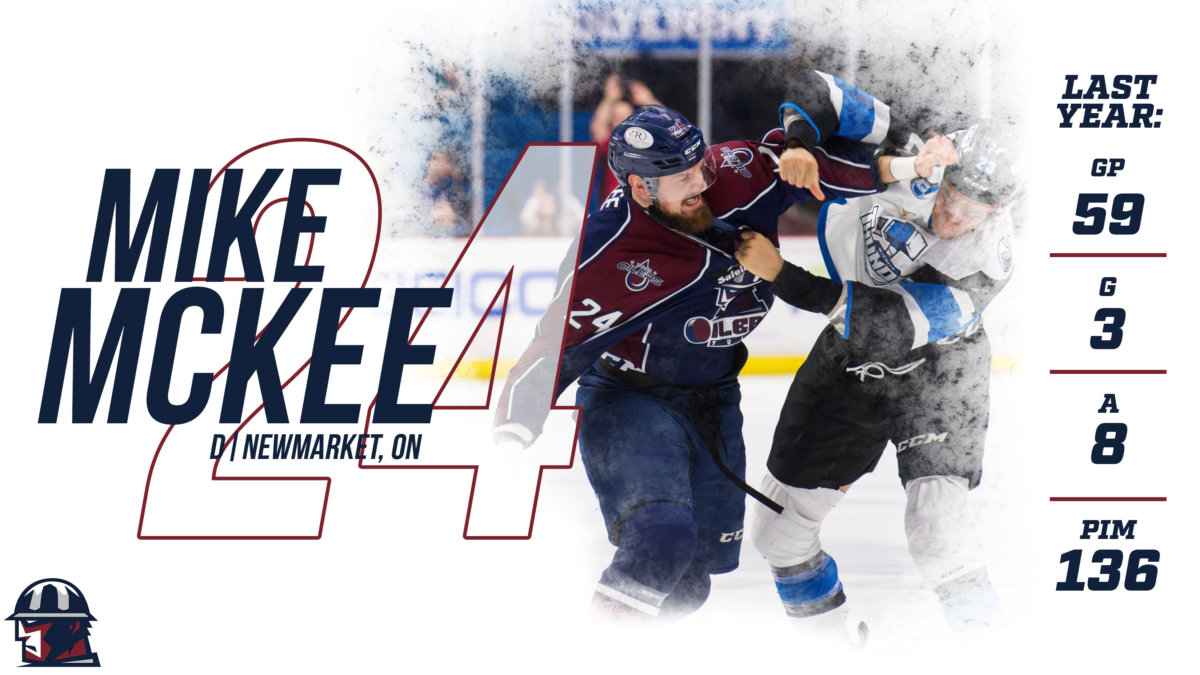 McKee, 25, found a home on the Oilers blue line after starting his first pro season in 2017-18 as a forward/defenseman hybrid. The Newmarket, Ontario native fought through some injuries as a rookie and posted 11 points (3g, 8a) and 136 penalty minutes in 59 games last season. He scored his first pro goal December 8 in a 5-2 win at Toledo. Following a four-year college career at Western Michigan University, McKee signed with Tulsa and participated in the St. Louis Blues rookie tournament and training camp.

“Getting Mike back is big for us. He kept getting better as the season went along,” said Murray. “He played all of last year with injuries, and now that he’s heathy, I expect bigger and better things from him this season.”

McKee was selected in the fifth round of the 2012 NHL Entry Draft by the Detroit Red Wings and spent two junior seasons with the Lincoln Stars of the United States Hockey League (USHL). The 6’5, 229 lbs. defenseman led the USHL both years in penalty minutes, and his 292 PIMs in 2012-13 are the fourth most in a single-season in league history.

“I’m happy to be back in Tulsa,” said McKee. “We had a sour taste in our mouth about how things ended last year. It looks like we have a solid group coming back and hopefully we can make a good run this year.”

The Oilers open training camp October 1 at 10am at the Oilers Ice Center. A full training camp schedule and roster will be released at a later date. All practices that take place at the O.I.C will be free and open to the public.

Tulsa hosts the Idaho Steelheads to open the regular season on Saturday, October 13 at 7:05pm at the BOK Center. The two teams will complete Opening Weekend in Tulsa at 4:05pm Sunday, October 14, followed by a postgame skate for the fans with the Oilers players.