Vernace, 25, spent the entire 2016-17 season in the Southern Professional Hockey League, where he recorded 24 points (13g, 11a) in 55 games between Evansville, Fayetteville and Roanoke. He played 42 of those games for the expansion Rail Yard Dawgs, compiling 19 points (11g, 8a). 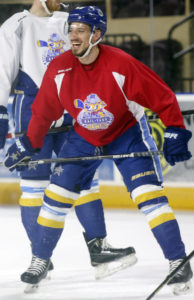 The North York, Ontario native picked up three assists in ten games for the Brampton Beast at the end of the 2015-16 season. Vernace played alongside current Oilers defenseman Eric Drapluk at Lake Superior State University from 2012-2016, where he had seven points (5g, 2a) in 43 games. 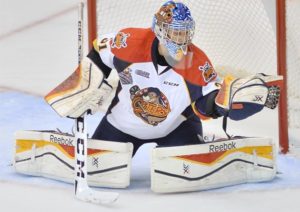 Williams, 21, turns pro after playing one season at Acadia University in Wolfville, Nova Scotia where he went 8-4-0 with a 2.80 goals-against average and .896 save percentage. From 2012-2016, the Saginaw, MI native appeared in 175 games for the Ontario Hockey League’s Erie Otters. Williams finished his junior career with a 106-47-8 record, a 3.02 goals-against average and a .900 save percentage, with nine shutouts. He was teammates with NHL superstar Connor McDavid for three of those seasons.

Rice, 24, enters his first pro training camp after winning his second ACHA National Championship in 2016-17 at the University of Central Oklahoma. The Victoria, British Columbia native holds the Bronchos program records for games played (146), points (152), assists (83) and is second in goals (69). Central Oklahoma also won the National Championship during Rice’s sophomore season in 2014-15. 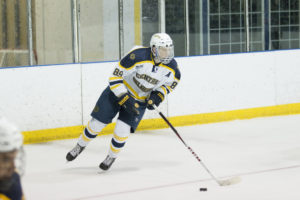 Sharkey, 24, hails from Moore, OK and got his first taste of pro hockey at the end of last season when he tallied five points (1g, 4a) in seven games for the SPHL’s Huntsville Havoc. The 5’10, 174 lbs. forward played four seasons at the University of Wisconsin-Stevens Point, where he helped the Pointers win a Division 3 National Championship as a junior in 2016. In four years at UWSP, Sharkey had 133 points (58g, 75a) in 115 games. 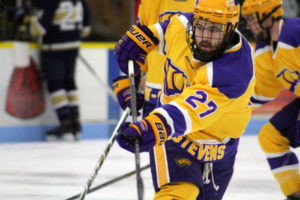 Training camp begins Monday, October 2 at the Oilers Ice Center. All practices will again be open to the public. A full training camp schedule and roster will be released later this week on the Oilers social media pages and www.tulsaoilers.com.