Tulsa finishes its first road trip on a three-game winning streak as the Oilers beat Allen 3-2 at the Allen Event Center. 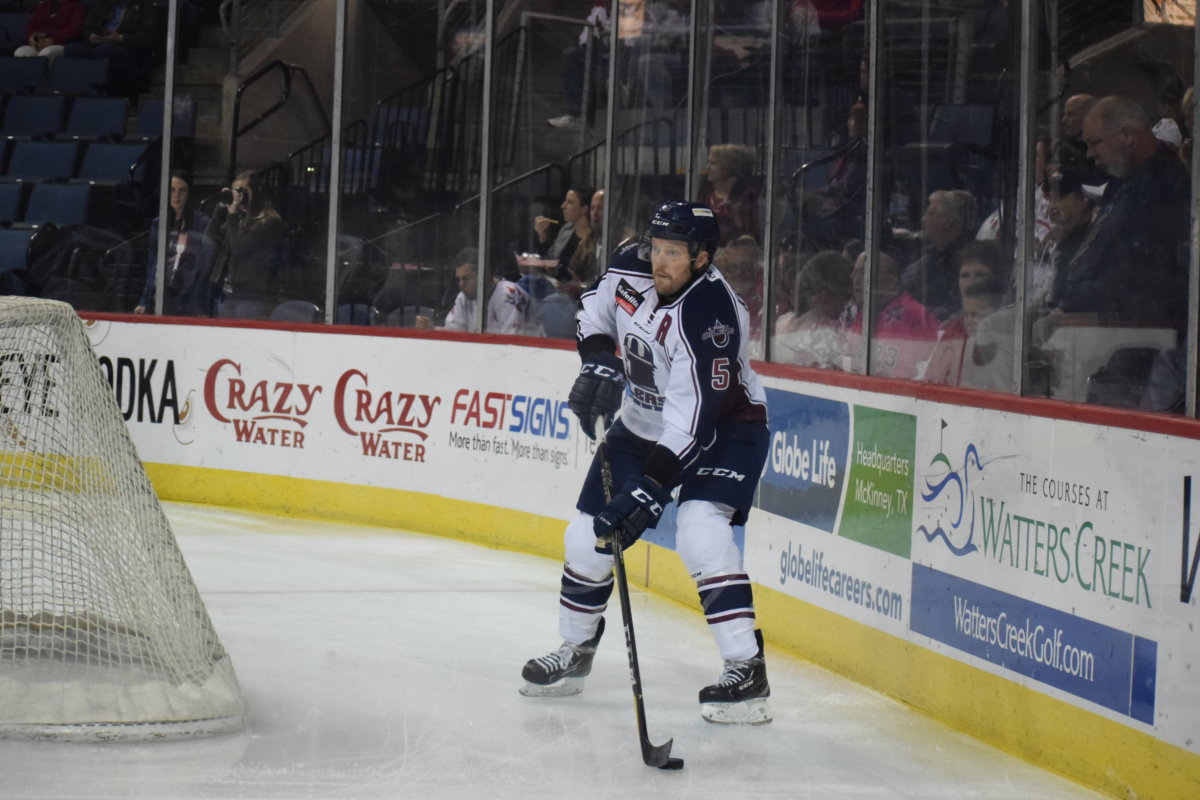 Returning to the lineup after missing the last six games, Scott Henegar put the Oilers in front 3:43 into the first period with a sharp-angle shot that fooled Americans goaltender C.J. Motte. Tulsa made it 2-0 when Adam Pleskach found Adam Phillips cutting through the slot and Phillips ripped the one-timer into the net for the power play tally

The Americans grabbed the momentum back in the second period, as Pavel Jenys scored twice to even the score at 2-2 before the buzzer. Jenys first buried a rebound that kicked out to him in the left circle to put Allen on the board. He then tipped a point shot past Tulsa goalie Evan Fitzpatrick on an Americans power play late in the frame.

Tulsa regained the lead with 6:38 left in regulation when Kaunisto threw a shot from the boards at the left point that found its way through a screen and into the net. The Oilers protected that lead down the stretch to win their third straight. Fitzpatrick stopped 24 of 26 shots to stay unbeaten (3-0-2) to start his pro career.

Tulsa returns home Saturday for a rematch with the Americans at 7:05pm on the York Plumbing Ice at the BOK Center. The Oilers will be celebrating Tulsa 918 Night, as the players will wear special jerseys bearing resemblance to the Tulsa flag. Stick around for the postgame auction of the game-worn jerseys on the BOK Center concourse.