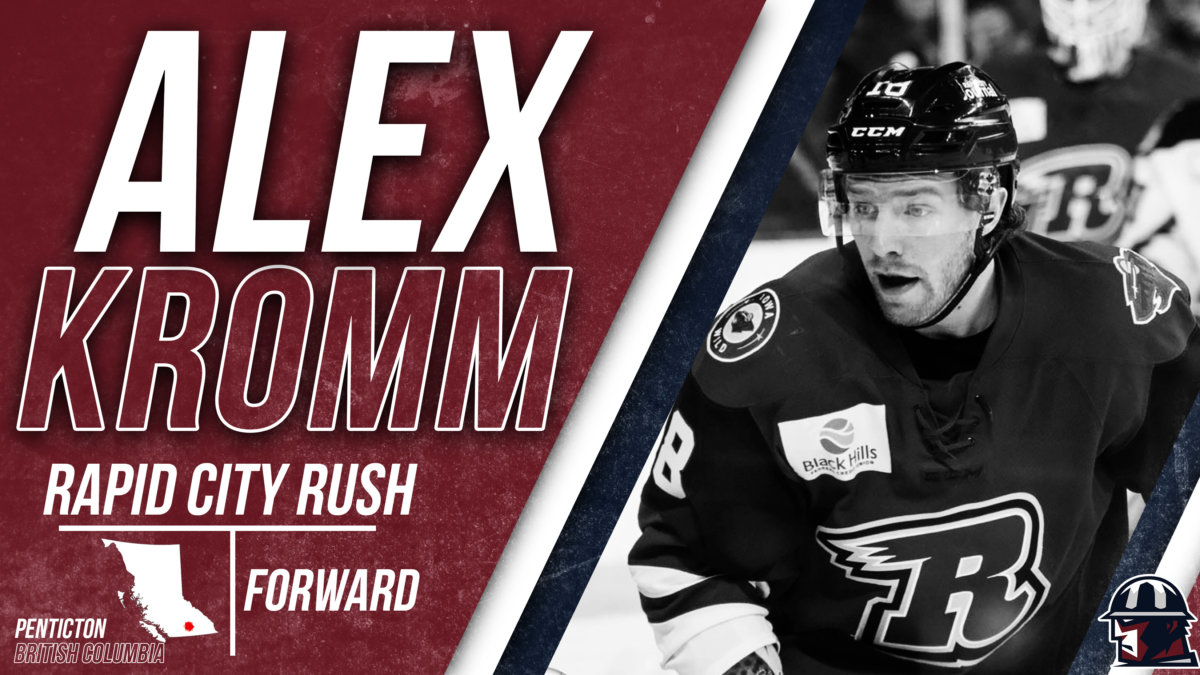 Kromm, 26, enters his third pro season after appearing in 56 games for the Rapid City Rush in 2017-18. The gritty forward from Penticton, British Columbia has played his last six seasons of hockey in the United States and is an American citizen. He finished last season with eight points (5g, 3a) and 81 penalty minutes for the Rush in his first full ECHL campaign. Kromm split his first pro season between the ECHL’s Wheeling Nailers and the Southern Professional Hockey League’s Columbus Cottonmouths.

“It looks like we have a great group of guys coming in,” said Kromm. “We’re going to have everything we need to be a competitive team this year and I’m excited to get things rolling in October.”

Prior to turning pro, Kromm played four college seasons at the University of Wisconsin-Stevens Point, where he was teammates with former Oilers forward Garrett Ladd and current Oiler Scott Henegar. The 5’11, 185 lbs. forward helped captain the Pointers to the Division 3 National Championship in 2015-16 as a senior.

“Alex is a hard-working forward who is not afraid to get his nose dirty,” said Murray. “He has experience playing at this level and wants to show he can contribute in all aspects of the game.”