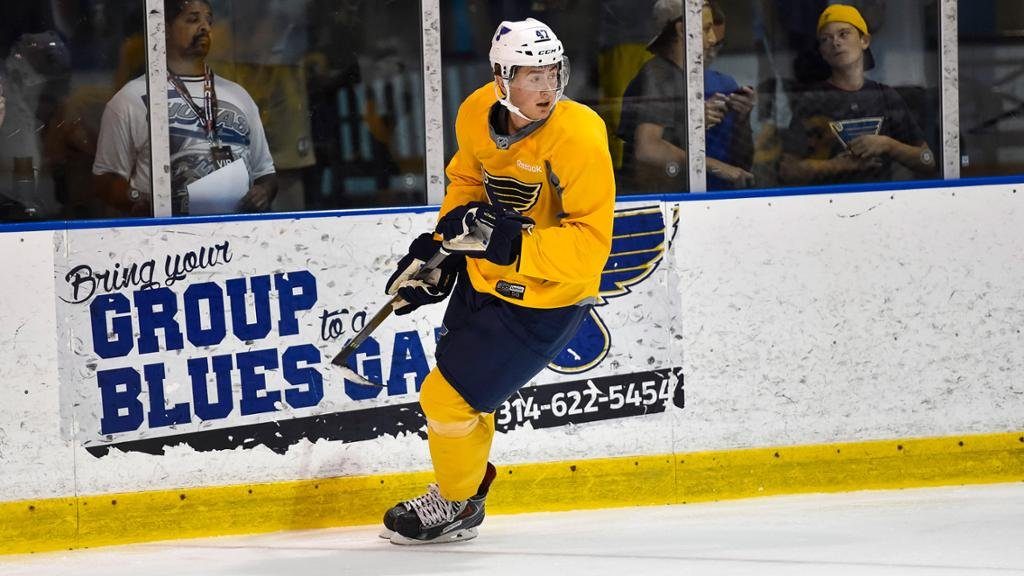 (Defenseman Tommy Vannelli is one of three St. Louis Blues prospects assigned to Tulsa on Monday.)

Selman, 24, participated in the Blues’ main camp in September, before he was assigned to San Antonio. The forward from Upper Saddle River, NJ split his first pro season with the AHL’s Chicago Wolves and ECHL’s Missouri Mavericks in 2016-17. Selman totaled six points (3g, 3a) in 17 games with the Mavericks, while picking up two points (1g, 1a) in 17 appearances with the Wolves.

He signed with St. Louis as a college free agent in 2015-16 after completing his senior season at the University of Michigan. Selman finished his college career with 67 points (29g, 38a) in 113 games for the Wolverines from 2012-16, helping his team to the Big 10 Championship as a senior.

Sergeev, 21, enters his second pro season and fifth year of hockey in North America, after spending three seasons with the Ontario Hockey League’s Kitchener Rangers. The Chelyabinsk, Russia native signed an entry-level contract with the Blues after his final junior season and played in 36 combined games between Missouri and Norfolk in the ECHL as a rookie in 2016-17. Sergeev had 53 points (9g, 44a) in 138 OHL games from 2013-16 with Kitchener, and competed for the Russian under-20 team at the World Junior Championships in 2015-16.

Vannelli, 22, comes to the Oilers entering his third season as a pro. The Minnetonka, MN native was a 2013 second round pick (47th overall) of St. Louis out of high school, and spent two seasons of juniors with the Western Hockey League’s Medicine Hat Tigers from 2013-15. Vannelli played in 46 ECHL games between Missouri and Atlanta in 2016-17. He had a successful finish to the season with the Gladiators, racking up 17 points (1g, 16a) in 35 games.

The 6’2, 185 lbs. defenseman played in seven AHL games for the Chicago Wolves in 2015-16, his first pro season. After finishing his senior season at Minnetonka High School in Minnesota, Vannelli compete for the United States at the under-18 World Junior Championship, where he helped Team USA to a Silver Medal.

Training camp continues Tuesday, October 3 at the Oilers Ice Center from 9:30-11am. All practices are open to the public. A full training camp schedule and roster is available under “News” at www.tulsaoilers.com.