Tulsa gets Clark from Chicago, Kessy and Wilson from Manitoba 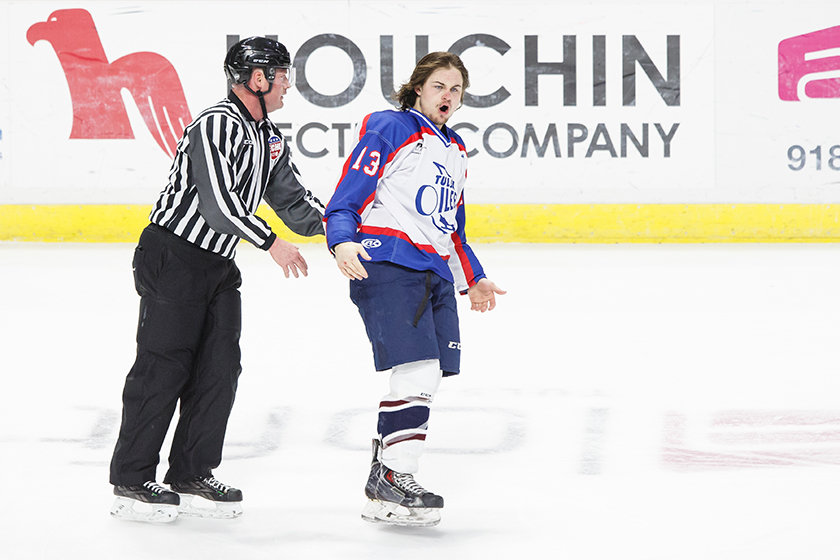 Clark, 23, returns to Tulsa where he produced 15 goals and 11 assists in just 32 games last season, before earning a call-up to the AHL. The Whitby, ON native finished the year in Chicago, where he scored two goals and added five assists in 29 games for the Wolves, earning an AHL contract in the off-season. Clark has 153 games of ECHL experience with Tulsa, Greenville and Toledo during his three pro seasons.

Wilson, 25, begins his rookie season in Tulsa, after skating in AHL games for Manitoba at the end of last season. The Brockville, ON native skated for Robert Morris University from 2011-16, compiling 11 goals and 68 assists in 145 games before turning pro in March after his senior season.

Kessy, 23, enters his fourth pro season, after spending all of 2015-16 with the AHL’s Bakersfield Condors. The Shaunavon, SK native was a fourth round draft choice of the Arizona Coyotes in 2011, and has 12 goals, 12 assists and 228 penalty minutes in 127 career AHL games between Bakersfield and the Oklahoma City Barons. His cousin Jennifer Kessy was a 2010 Silver Medalist for the United State in beach volleyball at the London Olympics.

At the time of this release, the Oilers’ training camp roster contains 24 players:

ECHL teams must submit their opening day roster to the league by 2pm CST on Thursday, October 13. Teams can carry a maximum of 20 active players (21 for the first 30 days of the season) on their active roster (not counting players on reserve or injured reserve).