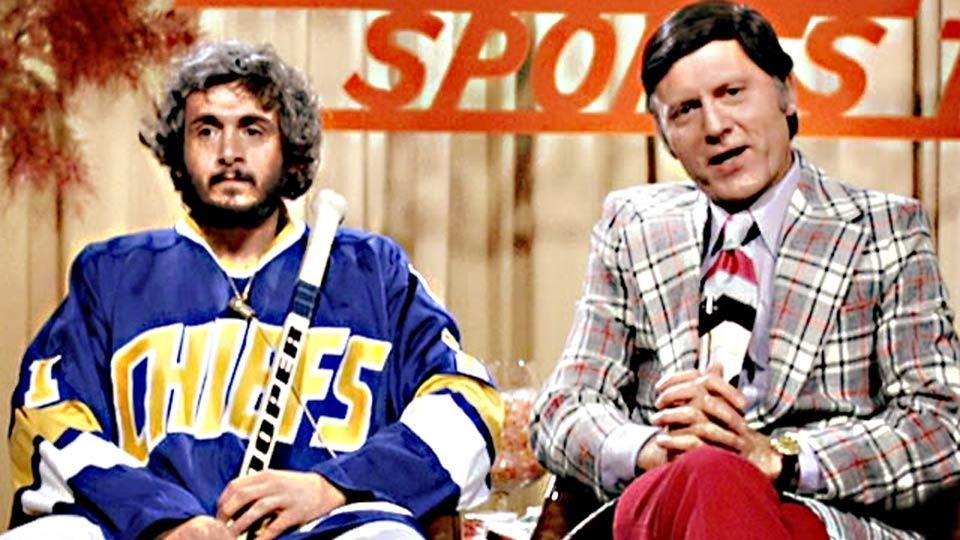 One of the greatest sports movies of all-time turns 40-years-old this year.

Slap Shot, starring Paul Newman will forever be mentioned as one of the best sports movies ever made. It was a huge departure for Newman, considering the projects he had worked on up to that point, and was a real head-turner for theater-goers because of the “colorful” language (and sheer amount of fights!) But to fans and players – especially those of minor league hockey – it immediately became an institution.

The Johnstown Jets (later to be named the Johnstown Chiefs in the ECHL, before folding in 2010) and Cambria County War Memorial Arena inspired the 1977 film which took off in the VHS age.

For a movie to stand the test of time, it has to have one very important ingredient – catchy lines that can be repeated by circles of friends or family at every gathering.

So, we thought we’d reach out to Oilers players to find out which Slap Shot scenes are their favorites.

Overwhelmingly, the most popular response was “The Finer Points of Hockey” as TV sports announcer Jim Carr educates fans on the rules of the game, with help from Charlestown Chiefs goalie Denis Lemieux.

Perhaps the most memorable characters of Slap Shot were the cult icons, the Hanson Brothers. From playing with cars to roughing up vending machines (and opponents), the glasses-wearing brothers (two of the three were actually brothers) had some unique pregame rituals. “Putting on the Foil” was the second most popular scene among Oilers players. Whichever Slap Shot scene is your favorite, it is sure to be one shared by hockey fans and players alike.

Special thanks to all of the Oilers who responded to the poll.