Charlie Sampair notches second hat trick in less than a month to lead Tulsa to 6-2 thumping of the Fuel. 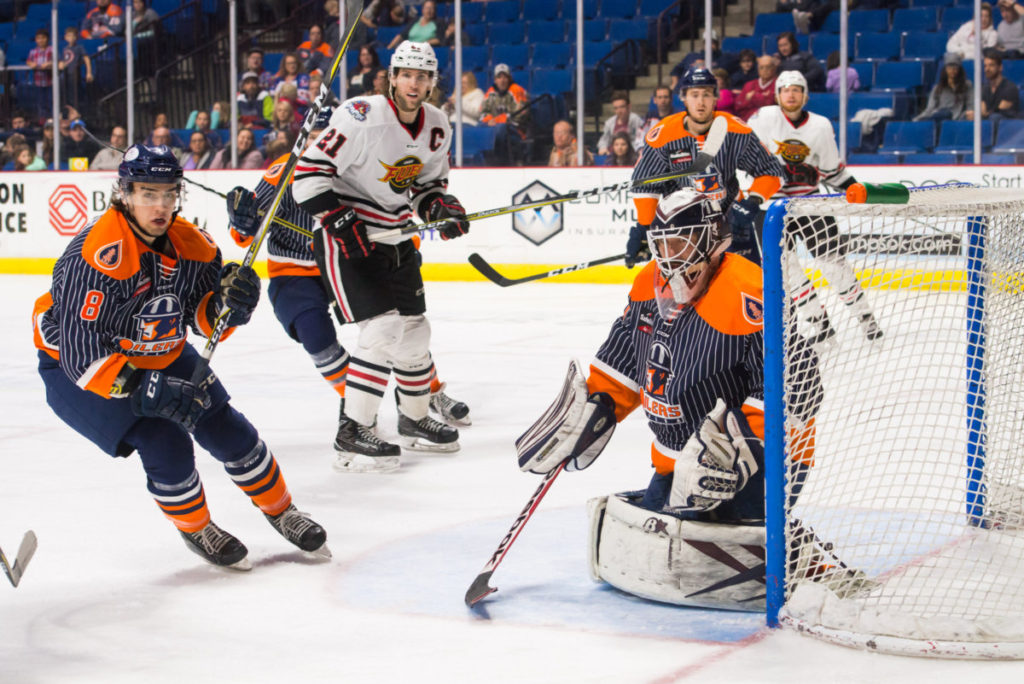 TULSA, OK – The Tulsa Oilers completed a perfect six-point weekend with a dominating 6-2 win over the Indy Fuel Sunday at the BOK Center, thanks in part to a natural hat trick from forward Charlie Sampair.

The Fuel scored first when Robin Press sent a shot that ricocheted off of a skate and in behind Oilers goaltender Devin Williams just 2:38 into the game. Sampair tied the game at 1-1 midway through the period on a sharp-angle shot that fooled Indy starter Etienne Marcoux. Sampair notched his second goal with 1:09 left in the opening frame to put the Oilers ahead 2-1 after one.

2:32 into the second period, Sampair completed his second hat trick in less than a month to make it 3-1. Conner Bleackley made it 4-1 at 9:40 of the middle stanza when he tapped in a centering pass from the edge of the crease. Marcoux was chased from the net for backup goaltender Matt Tomkins 39 seconds later, when Ryan Tesink made it 5-1. Kale Kessy added a sixth Oilers goal with 2:46 left in the period.

Williams was injured on a goal-mouth collision early in the third period, and was replaced by emergency backup goaltender Ian Keserich, who last played professionally in the 2013-14 season. Keserich spent parts of three seasons with the Oilers in the Central Hockey League and still resides in Tulsa. He stopped 10 of 11 shots in relief, as Alex Wideman was the only Fuel player who managed to score in the final period.

The Oilers next face the Colorado Eagles five straight times, starting with games Friday and Saturday at 7:05pm on the York Plumbing Ice at the BOK Center. Catch the action on the Sports Animal, www.tulsaoilers.com or ECHL.TV, with coverage starting at 6:45pm.