Tulsa earns a point in Colorado, but Eagles win back-and-forth game in a skills competition. 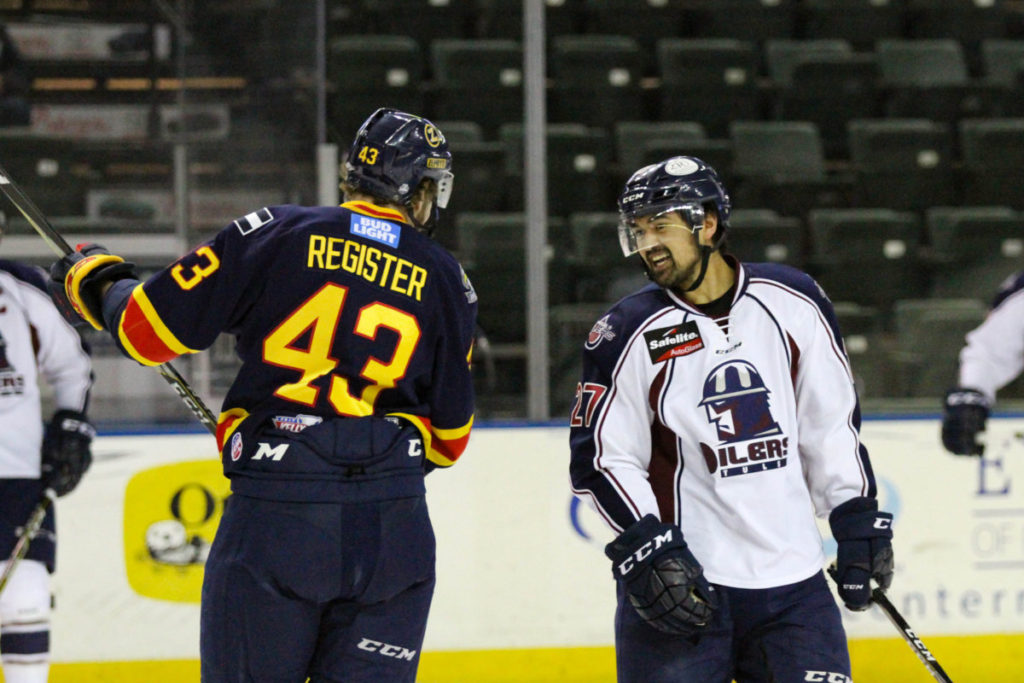 LOVELAND, CO – The Tulsa Oilers extended a season-best point streak to six games Wednesday, but fell 4-3 to the Colorado Eagles in a shootout at the Budweiser Events Center.

The Oilers jumped in front early, when Joey Sides scored from low in the right circle after Alexandre Ranger set him up from behind the net. Colorado tied the game 1-1 when Ryan Olsen snuck a backhander past Devin Williams from the left circle. The Eagles took a 2-1 lead right after their first power play ended, when Matt Garbowsky threw a shot through a screen. Tulsa evened the score before the first break when Adam Pleskach put away a rebound after Lukas Hafner kicked out an initial shot.

Tulsa regained the lead when Charlie Sampair forced a Colorado turnover, walked into the slot, and snapped a shot past Hafner to make it 3-2. It was Sampair’s team-leading 28th goal of the season. League-leading scorer Michael Joly found the equalizer with a quick wrist shot from the right circle that flew over the glove of Williams into the top of the net.

After a scoreless third period and five-minute overtime, the game went to a shootout for the third time in seven meetings between the two teams. Sampair scored in the first round for the Oilers, but Olsen and Gabriel Verpaelst brought the Eagles back to a 2-1 shootout victory, sending Tulsa to an eighth straight defeat in the breakaway challenge.

The Oilers and Eagles continue their stretch of five consecutive meetings Friday at 8:05pm CT at the Budweiser Event Center. The first game is Wednesday at 8:05pm CT. Catch the action on the Sports Animal, www.tulsaoilers.com or ECHL.TV, with coverage starting at 7:45pm.