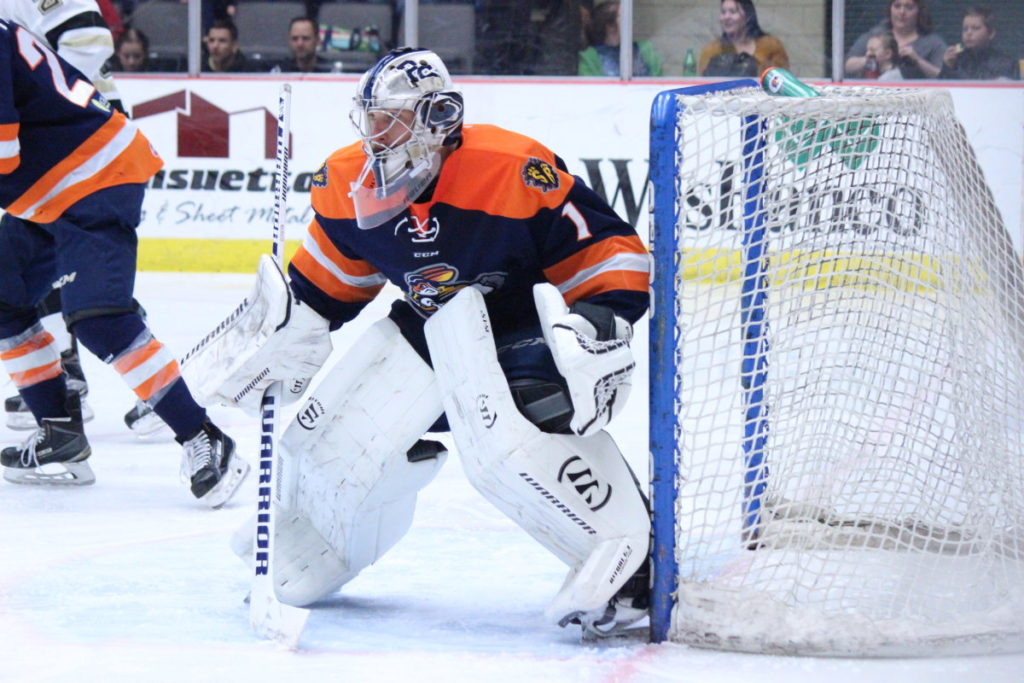 Musico, 26, joins the Oilers after playing in three games for the Swamp Rabbits where he posted a 2-1-0 record with a 2.81 goals-against average and .912 save percentage. The second-year pro from Orange, CA also appeared in five games this season with the Fort Wayne Komets. Musico started his pro career in 2015-16 with Greenville, before a midseason trade sent him to the Quad City Mallards.

In 23 combined appearances with Greenville and Quad City during his rookie season, Musico went 13-6-2, with a 2.49 GAA and a .919 save percentage. He also played in one playoff game for the Mallards. The 6’1, 198 lbs. goaltender played four seasons at Penn State University, three of which came after the program transitioned to Division 1.

The Oilers travel to Wichita Friday for the first of nine consecutive road games, including three games in three days this weekend. Puck drop is scheduled for 7:05pm, and the game can be heard on www.tulsaoilers.com and ECHL.TV, with coverage starting at 6:50. Tulsa faces the Thunder again Saturday at INTRUST Bank Arena in Wichita, before traveling to Missouri Sunday afternoon for a 4:05pm tilt with the Mavericks.

Tulsa has just three home games remaining, the next of which will be Alzheimer’s Awareness Night on Friday, March 31 at 7:05pm at the BOK Center. Tickets are available by calling 918-632-7825 or visiting www.tulsaoilers.com.