OILERS BRING JOYAUX BACK TO TULSA

OILERS BRING JOYAUX BACK TO TULSA

The third defenseman to sign on for 2017-18, Chris Joyaux returns to the Oilers blue line for his second season.

TULSA, OK – The Tulsa Oilers, proud member of the ECHL, and Head Coach Rob Murray announced Thursday that defenseman Chris Joyaux has agreed to terms to return to the Oilers for his second professional season in 2017-18. 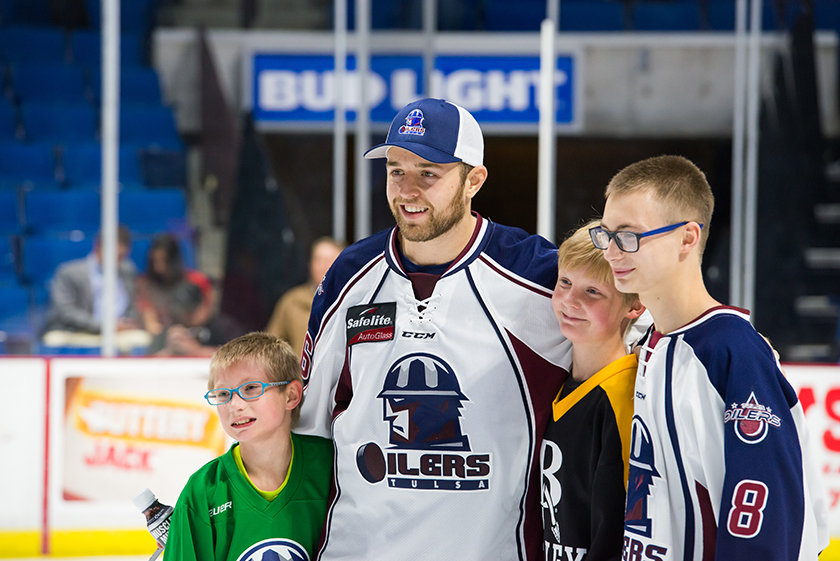 Joyaux, 25, skated in 54 games for Tulsa as a rookie last season and recorded 15 points (1g, 14a), while leading the team with a +7 plus/minus rating. The Bloomingdale, IL native scored his first pro goal, a game-winner, December 2, 2016 in the Oilers’ 4-2 victory at Allen.

After four seasons at Miami University (Ohio), Joyaux appeared in eight games with the AHL’s St. John’s IceCaps at the end of 2015-16. He recorded his first career point with the IceCaps, an assist on March 23, 2016 at Rochester.

Joyaux spent three seasons of juniors in the USHL, where he played in 101 games split between the Tri-City Storm, Des Moines Buccaneers and Chicago Steel.