29 of the Oilers’ 36 home contests will be weekend games, including a team-high 13 on Saturdays.

The most familiar opponents coming to Tulsa will be the Allen Americans and Colorado Eagles, who both come to town six times, followed by Kansas City and Wichita (five times each). The Oilers will also face Idaho, Indy, Quad City, Rapid City, Utah, and for the first time, Florida. The Everblades are the only Eastern Conference team that travels to Tulsa, with two games scheduled for Friday and Saturday, February 16-17, 2018.

Opposite from last season, the Oilers will only play 10 homes games before the turn of the New Year, while finishing the season with 26 games at the BOK Center from January-April. January will be the busiest month for Tulsa, featuring 10 games at home. 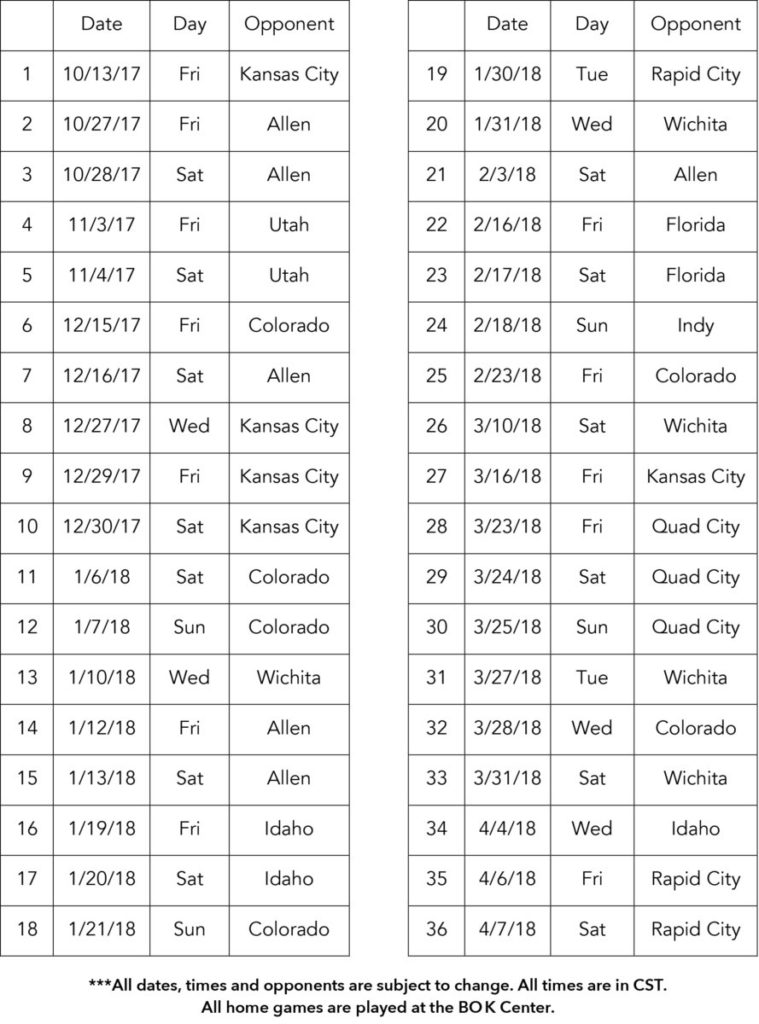 Tulsa Oilers 2017-18 season tickets are on sale now, for as low as $17 per month, and can be purchased by calling the Oilers front office at 918-632-7825. For more information, visit www.tulsaoilers.com. Half season packages and partial ticket plans are also available.

Be first in line to reserve the best seats for your group this upcoming season by placing a deposit today. With 36 home dates to choose from, start planning your next successful group outing at an Oilers game. To reserve a suite, party deck, ice box or group tickets, call 918-632-7825 to place a deposit.