Goaltender returns to Tulsa after winning 15 games with the Oilers as a rookie. 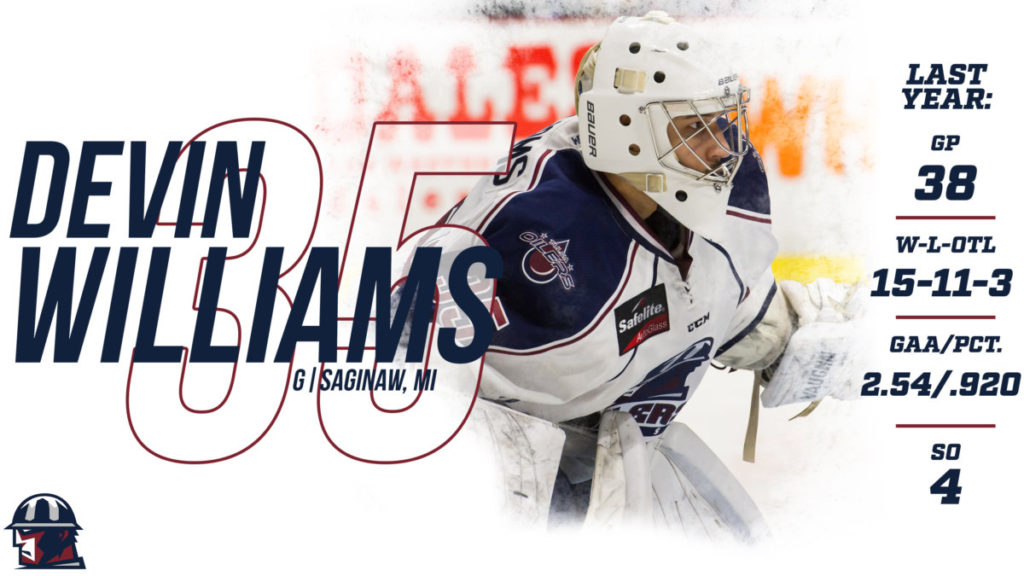 “I really enjoyed my first year in Tulsa,” said Williams. “Between the team we had, the fans and the city, it was a great experience and I’m excited for another go-around.”

Williams won his first four starts including three victories in three nights from October 27-29, earning him the ECHL’s Goaltender of the Week award and October’s Goaltender of the Month honor. He also started 14 consecutive games from February 6-March 11 while the Oilers’ were making their playoff push, going 7-3-2 during that span.

“Devin is a player that is very well-liked by his teammates, loves the game of hockey and competes his tail off every game,” said Murray. “He had a strong rookie season and we are hoping he can build on that to help us be as good as we can.”

Williams previously played one season at Acadia University in Nova Scotia, after a five-year junior career with the Erie Otters of the Ontario Hockey League. The 6’0, 186 lbs. goaltender went 106-47-8 during his time with the Otters, including a 41-10-1 record with a 2.36 GAA and .915 save percentage in his final season in 2015-16.

“Ultimately I want to help get us to the playoffs,” said Williams. “We were very close last year, but just came up short. I’m excited for the new year and to see what we can accomplish.”