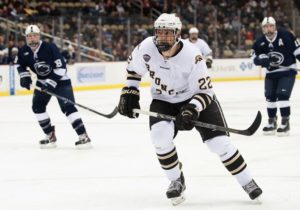 McKee, 24, signed with Tulsa after participating in the Blues’ camp which opened August 15. The Newmarket, Ontario native was a fifth round pick of the Detroit Red Wings at the 2012 NHL Entry Draft and went on to play four season at Western Michigan University. McKee finished his college career with 13 points (6g, 7a) and 194 penalty minutes in 101 games for the Broncos. The 6’5, 229 lbs. defenseman recorded one assist in four games for the Toledo Walleye at the end of last season. 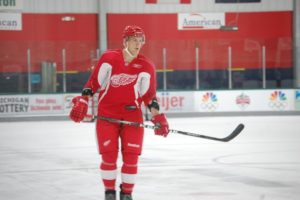 Watson, 24, signed a professional try out offer with the Oilers after last playing professionally in 2014-15 with the Louisiana IceGators of the Southern Professional Hockey League. The 5’7, 161 lbs. Oklahoman spent two seasons in the SPHL after finishing his amateur career with the Tulsa Jr. Oilers in the Western States Hockey League in 2012-13, where he posted 71 points (21g, 50a) in 43 games.

Training camp begins Monday, October 2 at the Oilers Ice Center. All practices will again be open to the public. A full training camp schedule and roster will be released later this week on the Oilers social media pages and www.tulsaoilers.com.