Tulsa receives the rights to Adam Phillips in exchange for forward Alexandre Ranger. 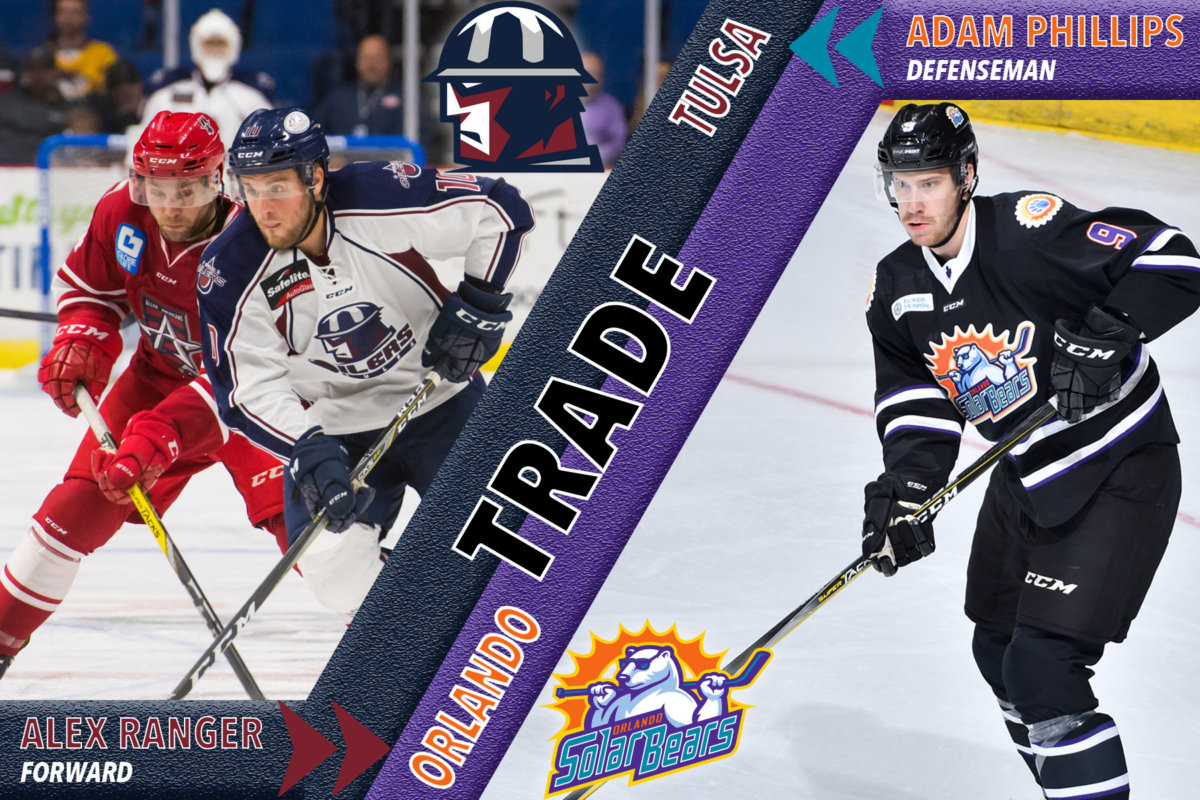 Phillips, 28, appeared in 52 regular season games and eight playoff games for the Solar Bears in 2017-18 and is entering his fifth ECHL season. The Farmington Hills, Mich. native totaled 8 points (2g, 6a) and added one assist in the playoffs last season. Prior to his stint in Orlando, Phillips spent time with Norfolk, Indy, Kalamazoo and Stockton earlier in his ECHL career, totaling 75 points (23g, 52a) in 220 career games. The 6’6, 217 lbs. defenseman previously played four seasons at the University of Massachusetts (Amherst), where he compiled 50 points (23g, 27a) in 124 games from 2010-14.