Tulsa picks up three of four possible points on Opening Weekend, including a win Saturday in front of 10,240. 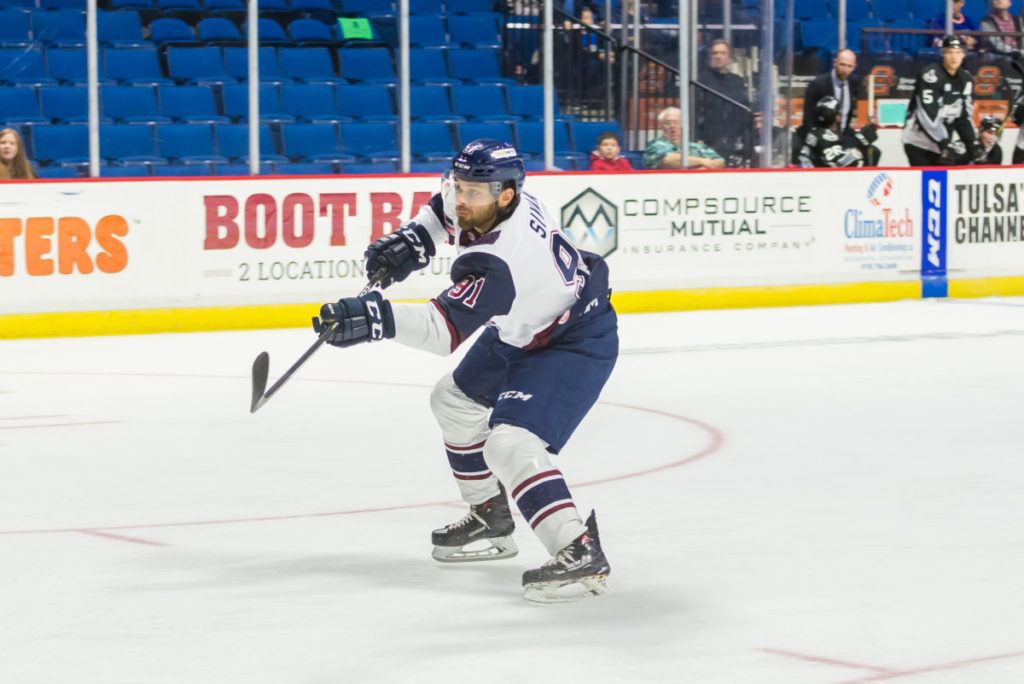 >> The Tulsa Oilers opened the 2018-19 season with a strong defensive effort in a 2-1 win over the Idaho Steelheads Saturday at the BOK Center in front of 10,240 fans. Captain Adam Pleskach scored the Oilers’ first goal and set up rookie forward Jared Thomas later in the opening frame, vaulting Tulsa to a 2-0 lead after one. Late in regulation, the Steelheads spoiled Tulsa’s shutout bid, when Brad McClure scored a short-handed goal with 62 seconds left in the game, but Devin Williams stopped 32 of 33 Idaho shots to lead the Oilers to the 2-1 victory.

>> Idaho responded in the rematch Sunday by overcoming two different two-goal deficits to ultimately edge Tulsa in a shootout. Peter Sivak and Kyle Rhodes scored first period goals to put the Oilers ahead 2-0 again, but Steve McParland answered late in the frame and Justin Parizek scored early in the second stanza to tied things at 2-2. Sivak added a second goal for Tulsa, followed by a power play tally from Ryan Tesink to give the Oilers another two-goal cushion. This time, Spencer Naas brought the Steelheads back to within one, and Idaho tied the game in the third period on a power play goal from A.J. White. After a scoreless overtime, Brady Norrish scored the only goal in a four-round shootout to complete the Steelheads’ comeback win. Oilers rookie goaltender Evan Fitzpatrick stopped 40 of 44 shots in his first pro start.

With four points over the weekend (1g, 3a), Adam Pleskach is 10 goals (135) behind Sylvain Naud for 3rd in Oilers franchise history and 9 points (260) behind Oilers General Manager Taylor Hall for 7th all-time. Tulsa’s captain needs just one more game to break even with Nick Harbaruk (330) for 5th most in an Oilers jersey.