OILERS TO WRAP UP ROAD TRIP WEDNESDAY IN RAPID CITY 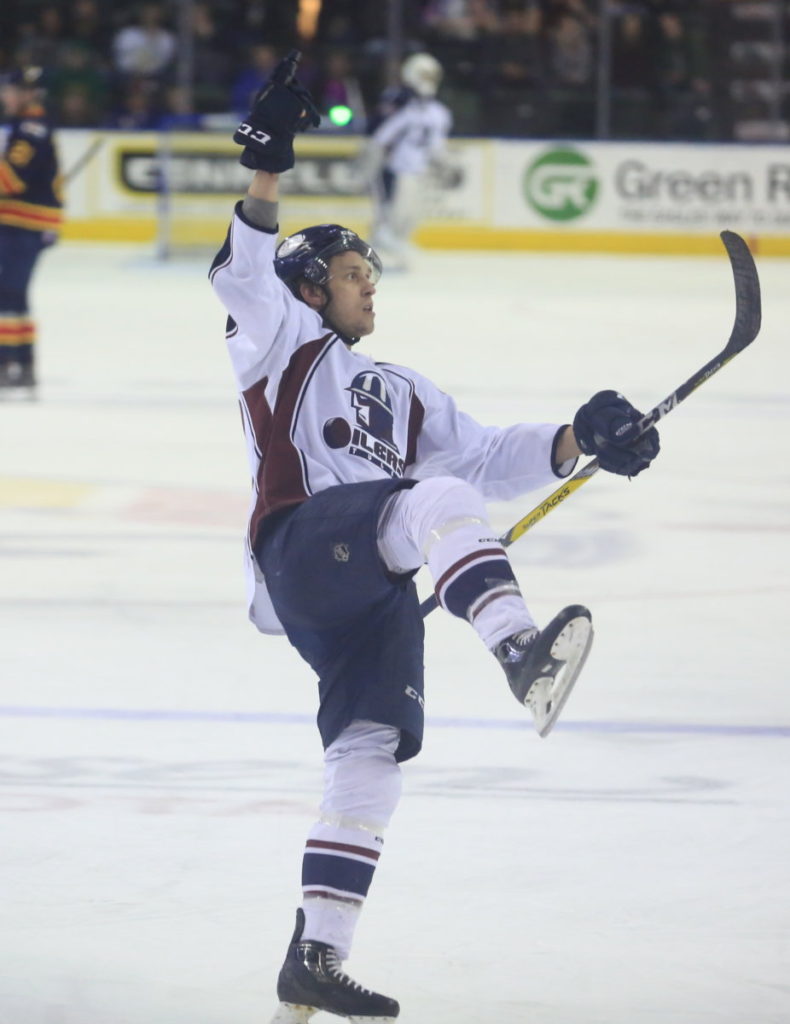 >> In the first of three games in Colorado, Joey Sides gave the Oilers an early lead, but Colorado answered with back-to-back goals from Ryan Olsen and Matt Garbowsky. Tulsa captain Adam Pleskach evened the score by the end of the first period, and Charlie Sampair put the Oilers back in front 6:05 into the second. The Eagles tied it at 3-3, when Michael Joly scored from the right circle, and after a scoreless third period and overtime, Colorado picked up the two points in a four-round shootout.

>> The Eagles scored twice in the first 7:43 of the game and outshot the Oilers 17-5 in the opening frame. While the second and third periods were evenly played, Tulsa’s only goal came from Garrett Ladd on a third period power play with 7:57 to play. That marker cut the Oilers’ deficit to 2-1, but Colorado scored 40 seconds later to effectively kill Tulsa’s momentum. Matt Garbowsky scored an empty net goal with 1:05 left to put the game away.

>> In the final regular season meeting between the Oilers and Eagles, Tulsa scored first when Ryan Tesink tipped a shot from Tommy Vannelli with 3:54 left in the opening frame. Ryan Harrison tied it 7:33 into the second period for the Eagles, but Kale Kessy, who had 3 points (2g, 1a) and 34 penalty minutes in the game, gave the Oilers a 2-1 lead entering the third stanza. Mike McKee made it 3-1 just 1:32 into the final period, but the Eagles clawed back to break even with 4:43 remaining in regulation. Tesink (2g, 1a) blocked a shot and scored on a breakaway with 2:37 left to put the Oilers in front for good, and Kessy added the empty goal to complete the 5-3 score. Devin Williams stopped 32 Eagles shots for his team-leading 13th win of the season.

The Oilers will host the Wichita Thunder at 7:05pm Saturday for the third annual Alzheimer’s Awareness Night, presented by Precision Screen Manufacturing. Proceeds from in-game donations, commemorative game pucks and the postgame jersey auction will benefit the Alzheimer’s Association. Thanks for helping us turn the BOK Center purple!

Bring the whole family out Sunday afternoon when the Oilers host the Wichita Thunder at 4:05pm. Stick around after the game for a postgame skate/meet and greet with the Oilers players, presented by Sam’s Club. A limited number of skates will be available for rent, but fans are also welcome to bring their own skates.