OILERS RETURN HOME TO FACE FLORIDA AND INDY THIS WEEKEND 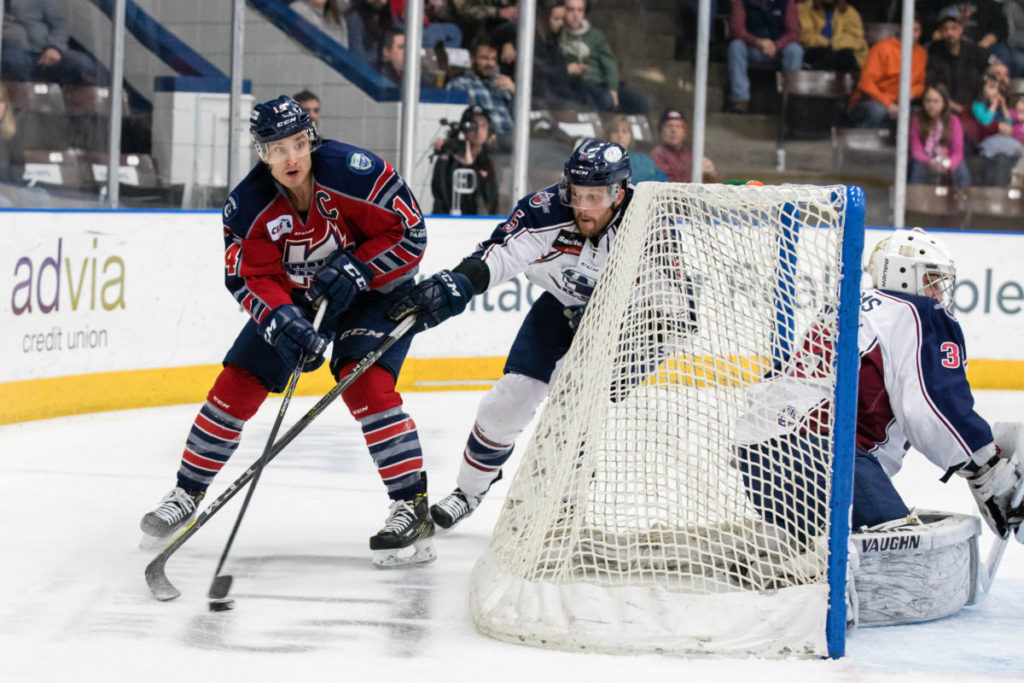 >> The Oilers and Mallards finished what they started back in November, a game that was suspended in the second period due to a medical scare involving Tulsa Head Coach Rob Murray. The Oilers led 2-1 with 12:08 left in the second period when play resumed Tuesday, and Kale Kessy added to the lead with a goal late in the second period. Quad City answered when Gergo Nagy scored with 15 seconds left in the frame to make it 3-2 after two. Triston Grant tied the score for the Mallards in the third period to force overtime, and Quad City ultimately won in a shootout, going 2/2 in the breakaway challenge and stopping both Oilers shooters.

>> The Oilers scored first, when Garrett Ladd fired a rebound into the net 1:10 into the game, but it was all downhill from there in Kalamazoo. The Wings went on to score eight straight, including five goals in the first period and three quick ones in the second to go up 8-1. Conner Bleackley tallied a power play goal to make it 8-2, but the K-Wings added a power play marker of their own to lead 9-2 after two. Dan DeSalvo, Adam Pleskach, Alexandre Ranger and Charlie Sampair scored four consecutive goals for the Oilers in what turned out to be a wild third period to close the gap to 9-6, but ran out of magic down the stretch.

>> Tulsa fell behind early Friday in Cincinnati, but tied the game at 1-1 quickly when Evan Richardson tapped in a centering pass from the edge of the crease. The Cyclones added a power play goal before the first break and contributed two more goals in the middle frame to lead 4-1 after two. First star Alex Kile buried his second of the night in the third period to make it 5-1, before Tulsa’s Ryan Tesink closed the gap back to three. Jonas Johannson stopped 38 of 40 in leading Cincinnati to victory, handing the Oilers their fifth straight defeat.

The Oilers had 4 players who posted 3-point games Wednesday in Tulsa’s 9-6 loss to Kalamazoo. The line of Charlie Sampair, Garrett Ladd and Adam Pleskach each had a goal and 2 assists, while defenseman Eric Drapluk picked up 3 helpers….Tulsa’s game against Quad City finished with 0 penalties for either team, making it just the 9th time in ECHL history there were no penalties in an entire game.

Come on down to the BOK Center Friday for Autism Awareness Night, presented by Safelite Auto Glass, as the Oilers host the Florida Everblades at 7:05pm. Tulsa will be wearing special Autism Awareness jerseys that will be auctioned off following the game in the OneOK Club. A limited number of commemorative pucks will also be available for purchase on the concourse, with proceeds going to a local charity to be announced.

Fans will have the chance to skate with the Oilers’ players following Sunday’s game against the Indy Fuel at 4:05pm at the BOK Center. A limited number of rental skates will be available, but fans are welcome to bring their own skates as well.