OILERS HEAD NORTH AFTER COMPLETING FIRST HALF OF ROAD TRIP 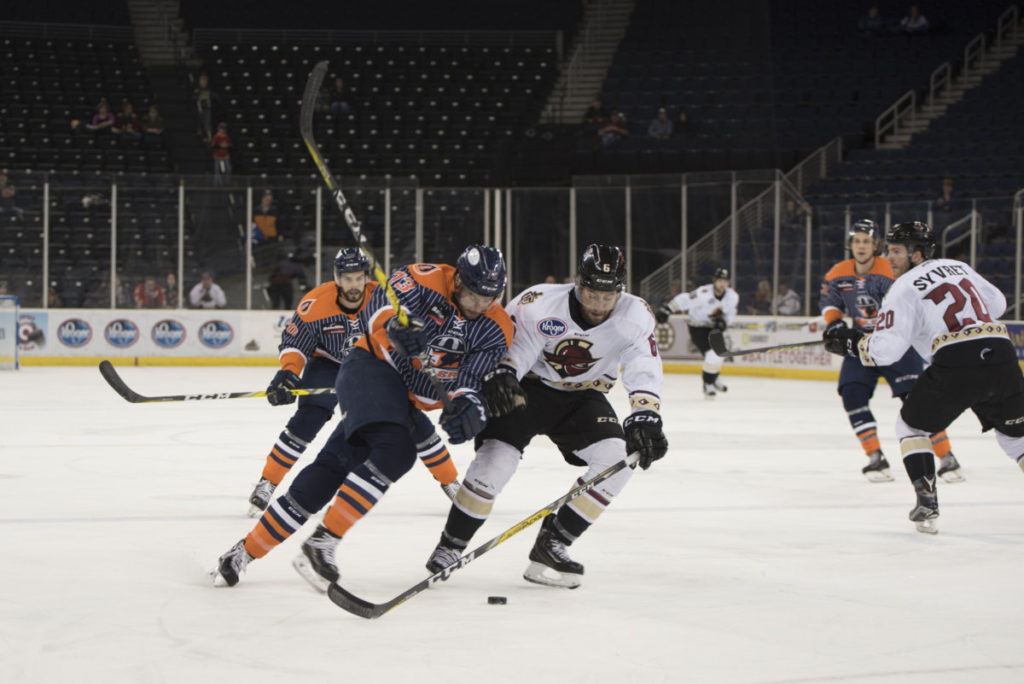 The Oilers struck first in the first of their season-long eight game road trip, when Kale Kessy gave Tulsa a 1-0 lead after one in South Carolina. The Stingrays tied the game on a short-handed goal with three minutes left in the second period, and took the lead before the end of the frame. South Carolina added a power play goal late in the third and added an empty netter to seal their 4-1 win.

In his second game back from injured reserve, Danick Paquette gave Tulsa a 1-0 lead against the Gladiators early in the second period. Atlanta tied the game late in the frame on a power play, before scoring two goals 25 seconds apart in the first five minutes of the third to take a 3-1 lead. The Oilers closed the gap late, when Darcy Murphy buried a rebound with 5:07 left, but the comeback bid came up a goal short.

Justin Buzzeo gave the Gladiators a 1-0 lead in the opening frame of the rematch, and Atlanta opened the lead to 3-0 in the second period. Former Gladiator Miles Koules tallied a power play goal late in the stanza to get the Oilers on the board. Christophe Lalancette cut Atlanta’s lead to one early in the third, but Gladiators captain Derek Nesbitt answered back to make it 4-2. Paquette tipped a Garrett Ladd shot into the net with nine minutes to play, but Atlanta added an empty net goal to cut short Tulsa’s comeback chances.

The Oilers finished off the southeastern swing of their road trip with the first-ever meeting against the Swamp Rabbits. Emerson Clark led Tulsa with a hat-trick in his return to Greenville, scoring a goal to put the Oilers in front 2-1 in the second period and two more late in the third, including a shorthanded tally with 1:01 left. Shawn Bates scored a power play goal in the first period, Danick Gauthier provided the game-winner late in the second, and Garrett Ladd recorded an empty-netter, while Colin Stevens stopped 24 of 26 shots in the win.

Manitoba Moose center Dan DeSalvo recorded an assist Thursday in the 4-3 Moose loss against the Toronto Marlies. DeSalvo also scored a power play goal Sunday in Manitoba’s 3-1 loss to Iowa, and now leads the team with 9 goals in 24 games. Former Oiler Jimmy Lodge has 6 goals and 7 assists in 30 games for the Moose.