Gauthier goal with 1:43 remaining breaks 3-3 tie to lead Tulsa to victory over Wichita to finish 2016 schedule.

TULSA, OK – A late third period goal by Danick Gauthier snapped a 3-3 deadlock to lead the Tulsa Oilers to a 5-3 win over the Wichita Thunder on New Years Eve at the BOK Center. 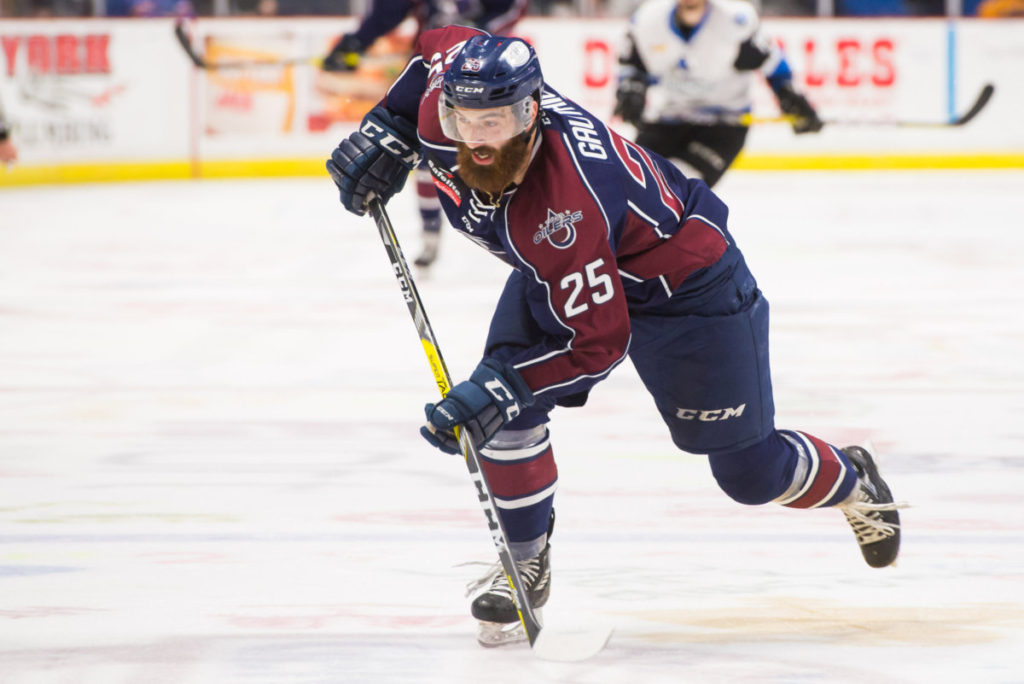 Wichita broke a scoreless tie at 13:50 of the first period, when Vincent Arseneau lifted a backhander past Oilers goaltender Jamie Phillips on a rebound that kicked back out for a short-handed goal. Phil Brewer tied the game at 1-1 after Kale Kessy picked off a Thunder clearing attempt and setup Brewer in front of the net with 2:51 to play in the frame.

Tulsa killed off a late penalty, and when Jacob Poe hopped out of the penalty box, he was hooked up on a breakaway which led to a penalty shot. Poe scored on the penalty shot to give Tulsa a 2-1 lead with 10 seconds left in the first.

Landon Oslanski tied the game for the Thunder, when he skated into the slot and fired a one-timer under the crossbar, and Arseneau scored his second of the night with a blast from the right point to give Wichita their second lead. Again the Oilers had an answer, when Kessy earned his second assist of the night, setting up Shawn Bates this time to even the score at 3-3 after two periods.

As the game approached a possible overtime for a second straight night, Gauthier ripped a quick shot from the top of the left circle past Thunder goaltender Peter Di Salvo to propel the Oilers into the lead. Emerson Clark beat the buzzer with an empty-net goal and Phillips stopped 36 of 39 Wichita attempts for his league-leading 17th victory.

The Oilers host the Thunder again Sunday to get 2017 started at 4:05pm at the BOK Center, before heading out on a season-long eight game road trip spanning seven different cities over 14 days.