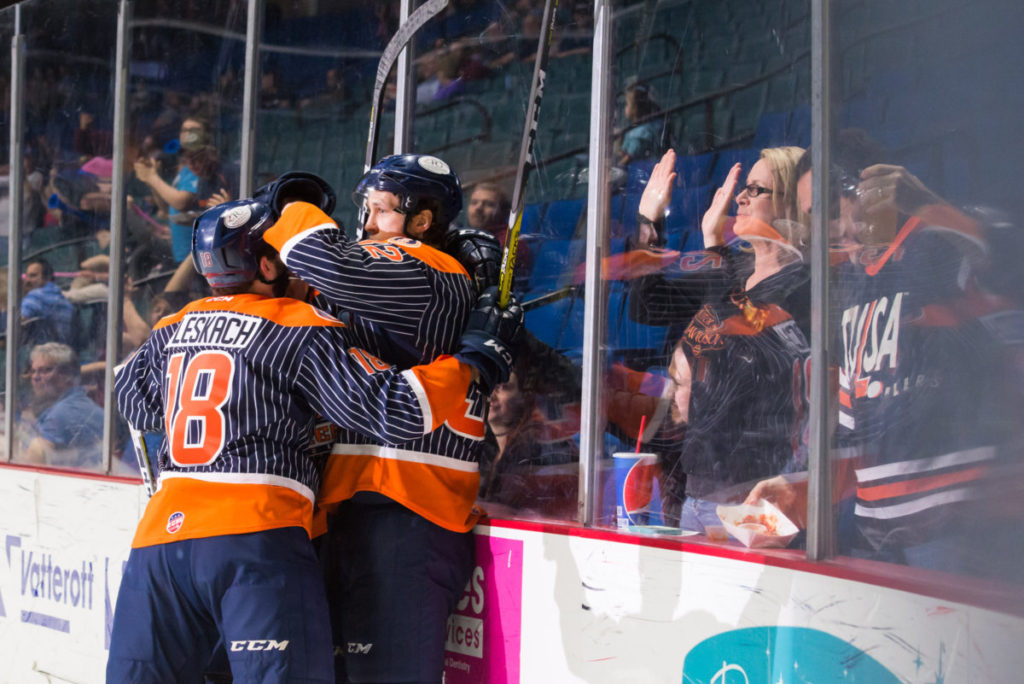 The Oilers jumped out to a 1-0 lead, when Kessy fired a one-time from high in the slot past Wichita goaltender Matt O’Connor 6:15 into the game. Late in the period, Darcy Murphy picked up his team-leading 16th goal from a near-impossible angle to give Tulsa a 2-0 lead after 20 minutes of play.

Tulsa opened its lead to 3-0 just 1:45 into the second period, when Danick Paquette ripped a quick shot up under the crossbar. Kessy scored his second of the game on an Oilers power play midway through the frame to extend the lead to 4-0. Wichita pulled O’Connor after the goal for backup Scott Greenham.

Kessy completed his hat-trick on a short-handed rush up the right wing to make it 5-0 with 7:42 to play. Stevens stopped 10 shots in the third period and 23 in the game to complete his third career shutout.

UP NEXT: The Oilers complete a season-long eight-game home stand next week, when Tulsa hosts Allen at 7:05pm Friday and Missouri at 4:05pm Sunday at the BOK Center. Friday’s game is Military Appreciation Night, as the Oilers will wear special jerseys honoring those who have served in the armed forces. Those player-worn jerseys will be auctioned off after the game in the OneOK Club on the concourse level of the BOK Center.