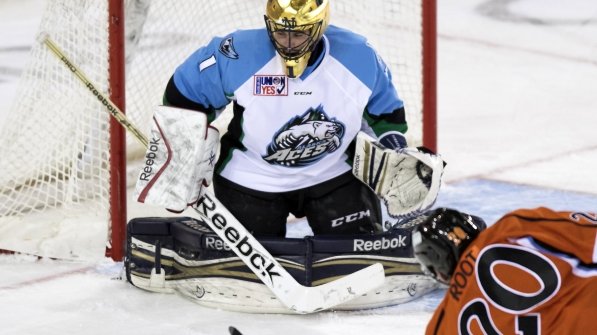 Summerhays, 26, finished the 2015-16 season with the Missouri Mavericks, where he compiled a 4-3-1 record, with a 2.05 goals-against average and .921 save percentage in eight games for the ECHL’s regular season champions. Prior to the trade that sent him to Missouri, the Anchorage, AK native appeared in 14 games for his hometown Alaska Aces.

The 6’0, 187 lbs. goaltender made his professional debut in April 2014, when he played two games for the Fort Wayne Komets, following a four-year college career and the University of Notre Dame. Summerhays appeared in 106 games for the Fighting Irish from 2010-14, and backstopped the team to a CCHA conference championship his junior season in 2012-13.

Summerhays played two seasons of junior hockey for the USHL’s Green Bay Gamblers from 2008-10, where he earned the 2009-10 USHL Goaltender of the Year and First All-Star Team honors, while leading his team to the Clark Cup Championship.