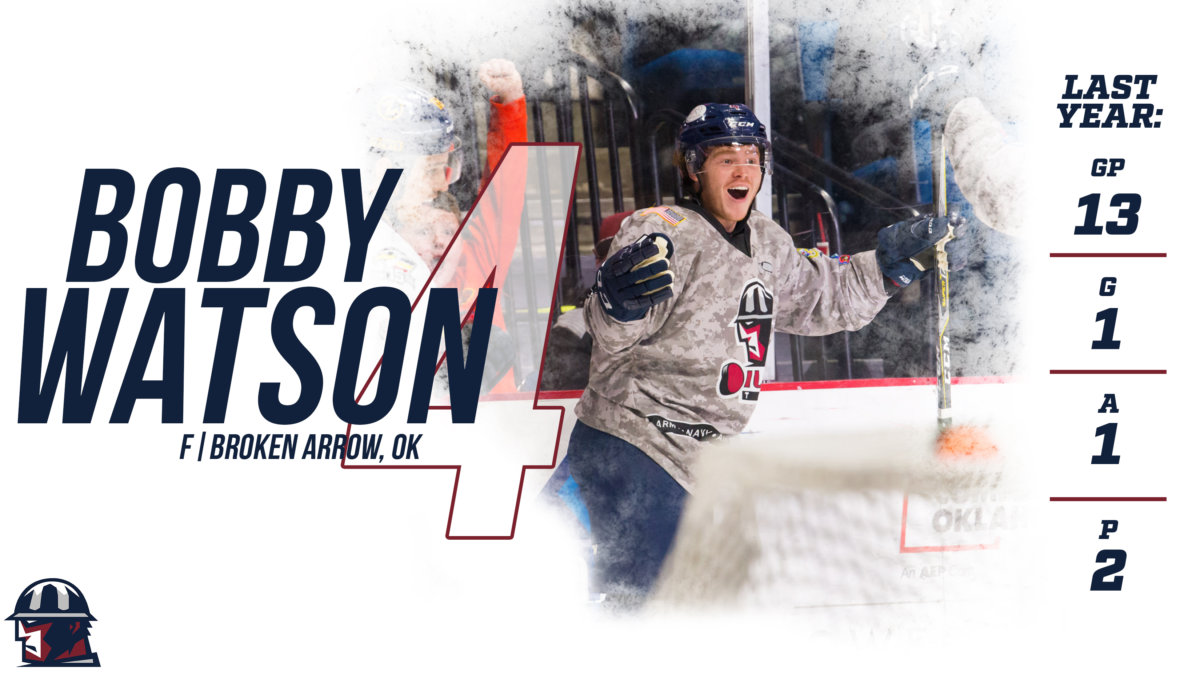 Watson, 25, participated in Tulsa’s camp last October and returned in late-February, when he signed a Standard Player Contract with the Oilers. The Broken Arrow, OK native buried a goal on his first shift in his first ECHL game February 23 vs. Colorado, almost three full years after last playing in an official game.

The rookie went on to play 13 games for the Oilers, notching two points (1g, 1a). Watson previously played two seasons in the Southern Professional Hockey League (SPHL) from 2013-15, and last suited up for the Louisiana IceGators. He also played most of his junior career in Tulsa, posting 230 points (70g, 160a) in 193 games for the Tulsa Rampage and Tulsa Jr. Oilers in the Western States Hockey League (WSHL).

The Oilers open training camp October 1 at 10am at the Oilers Ice Center. A full training camp schedule and roster will be released at a later date. All practices that take place at the O.I.C will be free and open to the public.

Tulsa hosts the Idaho Steelheads to open the regular season on Saturday, October 13 at 7:05pm at the BOK Center. The two teams will complete Opening Weekend in Tulsa at 4:05pm Sunday, October 14, followed by a postgame skate for the fans with the Oilers players.