TULSA, OK – The Allen Americans defeated the Tulsa Oilers 9-1 Friday at Tulsa’s annual Military Appreciation Night at the BOK Center. It was the most lopsided defeat of the season for the Oilers. 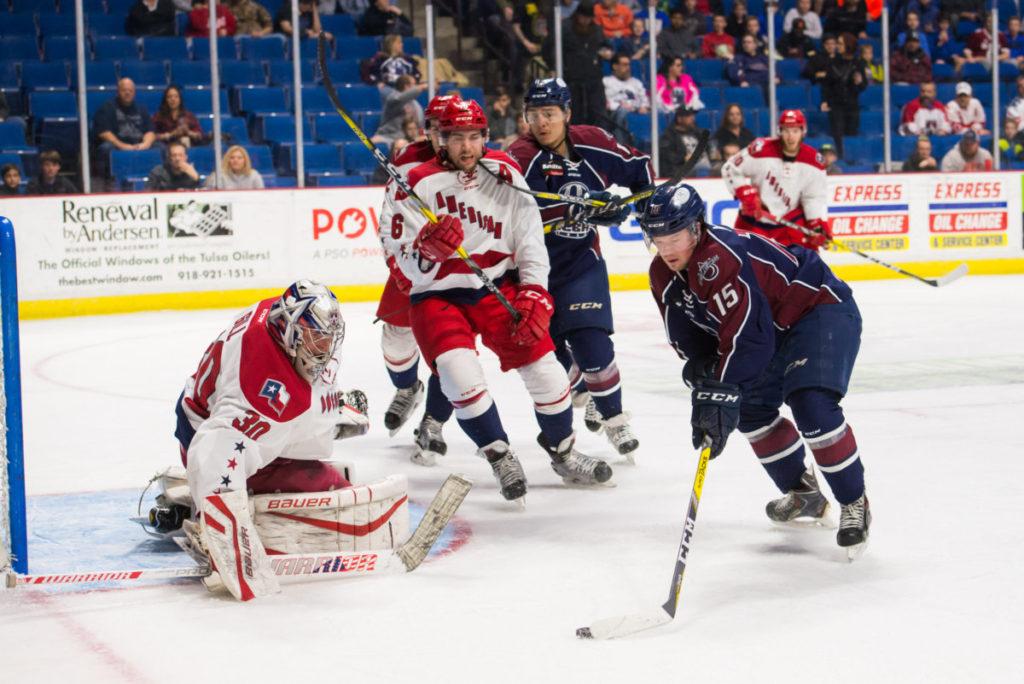 The Americans cashed in on a four-minute power play early in the first period, when Spencer Asuchak banked a shot off of an Oilers skate and into the net from the corner. Bryan Moore made it 2-0 after Allen killed off a Tulsa power play, when he ripped a wrist shot over the glove of Oilers goaltender Colin Stevens.

Tulsa cut the deficit in half when Christophe Lalancette deflected a shot from the point past Allen goalie Riley Gill with 7:03 to play in the opening frame. But the Americans capitalized on some puck luck on their third power play when the puck caromed off of a stanchion at the half wall on a dump-in and Gary Steffes scored to make it 3-1 at the first intermission.

Allen opened up their lead to 6-1 with three more goals in the second period. Josh Brittain scored 3:57 into the stanza, followed by a goal from league-leading scorer Chad Costello that chased Stevens from the net for backup Jay Williams. Kale Kerbashian tallied the sixth Americans goal with 5:48 left in the period.

Costello score two more goals in the third period to complete the hat-trick, and  Brittain scored his second of the game, the final goal of Allen’s 9-1 victory. Gill stopped 36 of 37 attempts in the win, his 6th victory in seven outings against the Oilers.

UP NEXT: The Oilers complete a season-long eight-game home Sunday at 4:05pm against the Missouri Mavericks at the BOK Center. After the game, fans will have the opportunity to skate with the players for the final Sunday home game of the season. A limited number of skates are available for rent, but fans are welcome to bring their own skates.