2017-18 captain has skated in more games than any Oilers player since ECHL merger. 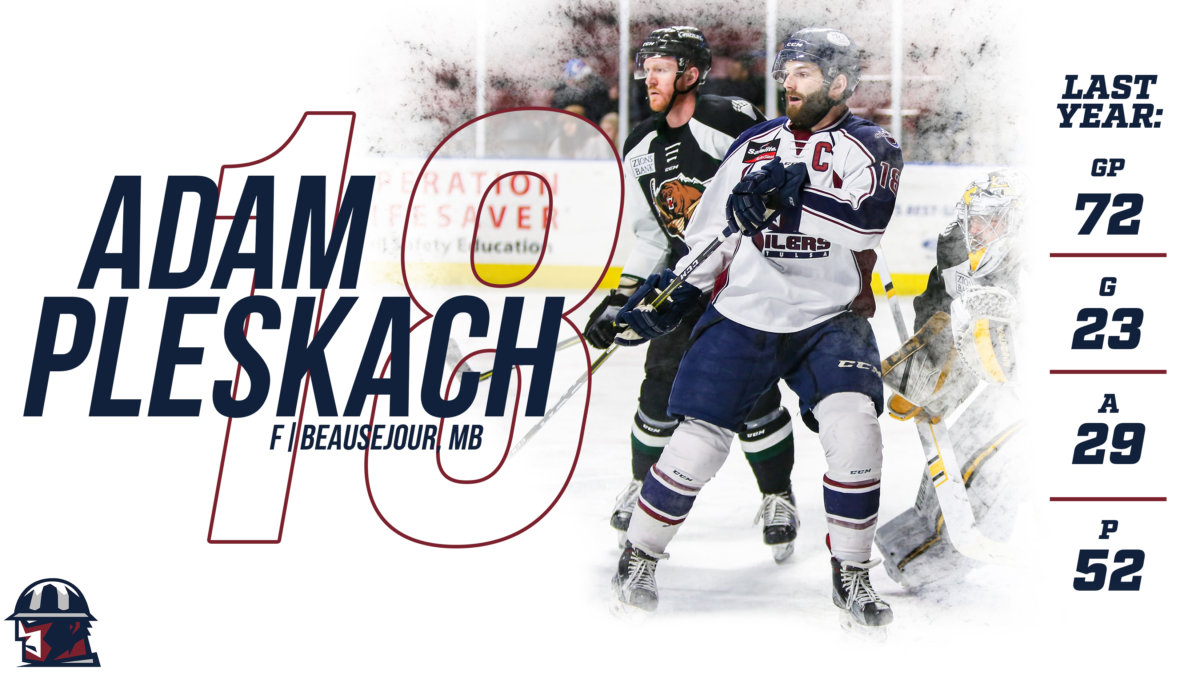 Pleskach, 30, is set to begin his sixth season in Green Country and is the longest-tenured Tulsa player. The Beausejour, MB native has played 327 of his 338 professional games in an Oilers jersey, including the most ECHL games in team history (266). Pleskach has totaled 256 points (134g, 122a) during his five seasons in Tulsa, and was named captain for the first time last season.

“Adam will again serve as our captain,” said Murray.”He demands respect from his teammates with his ability to show up every night and give all that he has. While he’s not a ‘Rah Rah’ leader, his message gets across when he speaks.”

Pleskach recorded 52 points (23g, 29a) in 72 games for the Oilers in 2017-18, his best statistical season since 2014-15. He is currently participating in the San Antonio Rampage’s American Hockey League camp.

“I’m very excited to be back for another season in Tulsa,” said Pleskach. “Almost making the playoffs being the status quo around here is completely unacceptable. The fans deserve more, and we should expect more from ourselves. Along with Coach Murray, I’m committed to making the Oilers the toughest team to play on any given night.”

“I have a very good relationship with Adam,” said Murray. “He’s a great conduit between me and the players. He was and is expected to be a consistent player for us as well.”